A couple of weeks ago I completed the first Operation Red Wings Memorial GORUCK Challenge. This year is the 10th anniversary of Operation Red Wings, so there were a number of memorial events going on throughout the months of June and July. If you've seen the movie Lone Survivor, that's the mission this event was commemorating.

The event was led by four SEALs who knew many of the men who died that day personally, and they shared their stories with us throughout the night. This Challenge was special in a few ways, in an attempt to give us a taste of life in SEAL Teams, and also to get it as close as possible to the mission profile of Red Wings. Some of the differences from a traditional Challenge:

All of the above meant that everyone's starting load out was ~65 pounds, which is significantly heavier than a normal Challenge (especially if you happen to weigh less than 150 pounds). This definitely upped the intimidation factor prior to the event, and there were a lot of last minute drops.

This event was led by SEALs, and so we started on the beach. The theme was "Welcome to BUD/S", so we got to spend a lot of time in and out of the Hudson River, getting covered in sand and doing PT. This was actually one of my favorite parts of the event. It was pure chaos - imagine 4 Navy SEALS screaming at 92 people in the middle of the night who are running in and out of the water, doing burpees, carrying logs, burying their rucks in the sand, and generally getting their asses handed to them. You would spend 5-10 minutes with one Cadre, and then be sent over to a different one to do a different exercise. The constant movement was exciting, and kept it from being a suckfest where you spend hours doing one or two exercises, which can happen at some events. 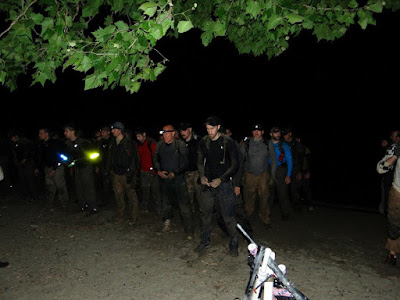 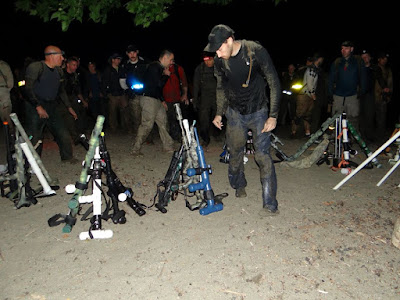 Rucking Up the Mountain

After the welcome party we had a 3-mile ruck run while covered in sand to really get the chaffing going. Then we split up into 4 "platoons" and started our main mission - rucking up Breakneck Ridge to an observation point where we could reenact portions of Operation Red Wings. During this ruck the Cadre taught us some really basic SEAL patrol tactics, and we moved pretty slowly up the steep terrain. 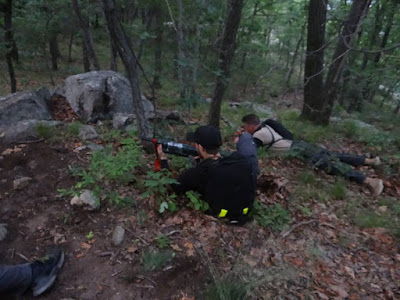 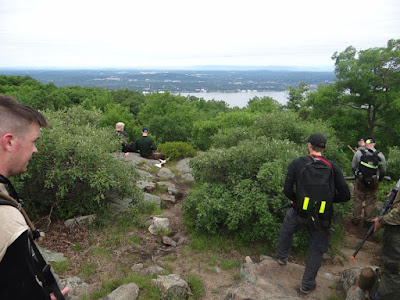 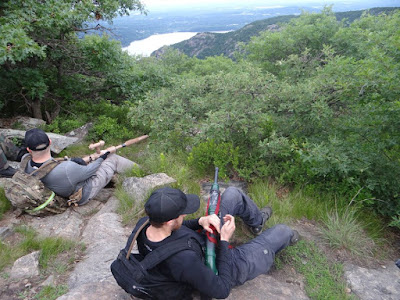 Once we arrived at the observation point, we received additional instruction on how SEALs conduct reconnaissance, and wrote down a bunch of notes about what we saw. The SEALs then acted out one of the scenes from Lone Survivor, complete with a fake goat herder and all. After they agreed to let the goat herder go, we were instructed to run down the mountain as fast as possible.

This ended up being pretty sketchy, but it was also a lot of fun to attempt to sprint down a cliff face. I was dripping sweat, and the constant stepping/jumping down ledges with a 60+ pound load did a number on my knees. I'm extremely happy that I didn't twist an ankle or get any other injuries during this part of the event.

Once we finished coming down the mountain we rucked to a parking lot and waited for the rest of the group to finish. We ended up standing in that lot (with rucks on) for over an hour as people trickled off the mountain.

Finally 88 out of the original 92 finished the event, and we heard more stories from the Cadre, the mother of one of the men who died during Red Wings, and a few other people who wrote letters to be read at the event. This was a pretty special moment, even though we had some trouble getting organized and had to get a few words of encouragement from the cadre:

The point of this event was to honor the men who died during Operation Red Wings: 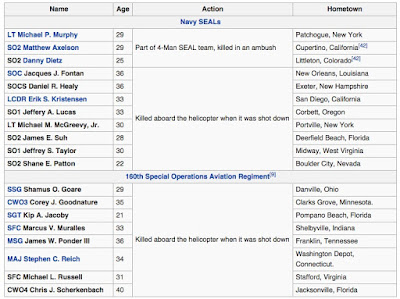 With the stories from the Cadre, the setting in the mountains, and the physical difficulty of the event I felt like we accomplished that goal. You can never bring back the fallen, but I know that I will never forget this event, and thus never forget the men who sacrificed everything to protect our way of life.

The event was extremely well put together, and it sounds like it is going to become an annual Challenge. If you weren't able to make it to this one, I highly recommend going next year. 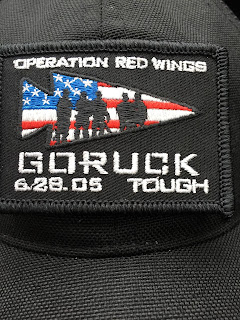 Posted by Jonathan Klein at 6:59 PM No comments:

Similar to my last post about a Challenge/Light combo, this one is going to be told mostly in pictures.

There were a couple of major differences between this event and past Challenges I've done:

Here are some highlights: 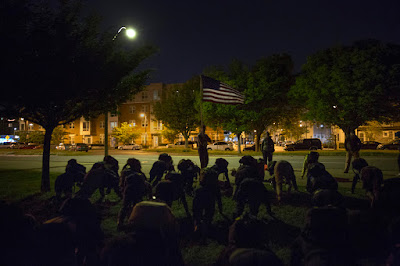 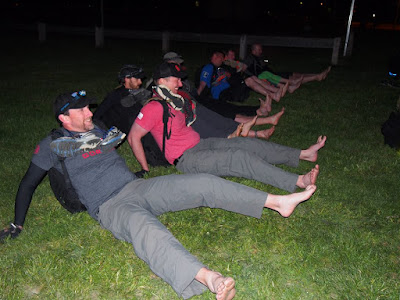 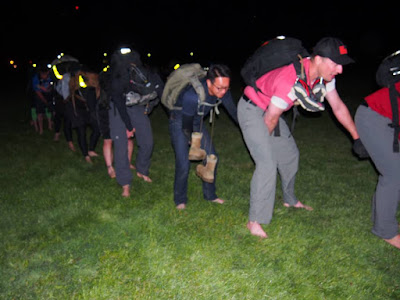 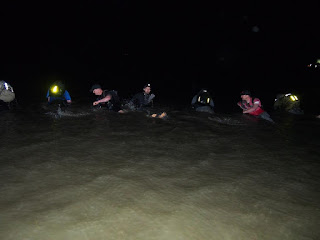 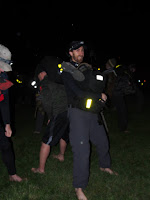 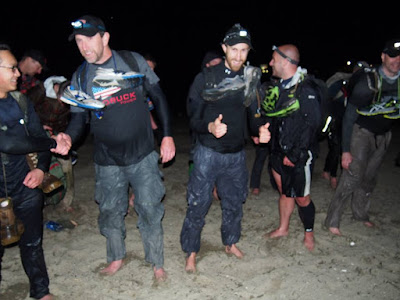 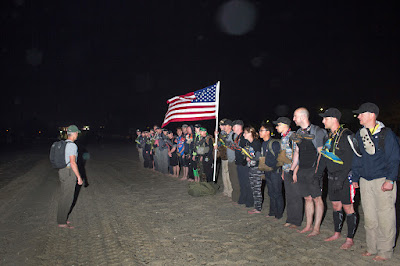 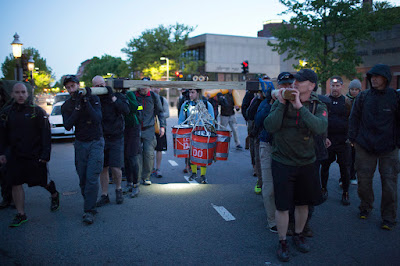 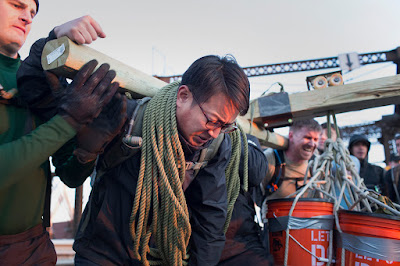 Overall it was a really fun event, and I learned a ton. We all did okay without any food, shoes are a luxury that aren't actually required, and heavy shit was just meant to be carried (you can't outsmart the pendulum).

This event was basically a mini version of the challenge. We had the same pendulum, went in the ocean, and enjoyed each other's company in the sunshine this time. 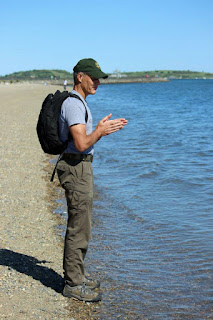 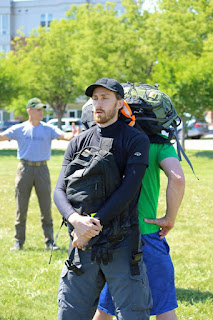 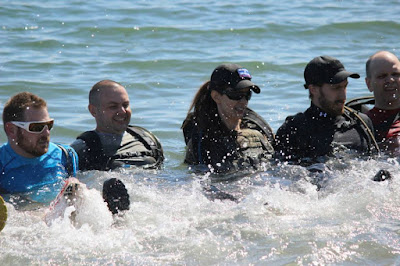 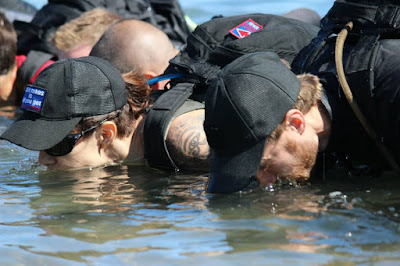 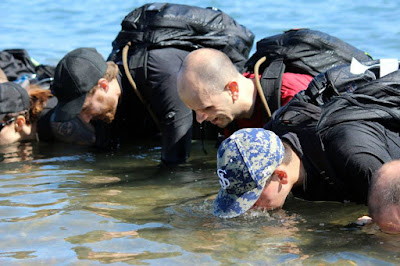 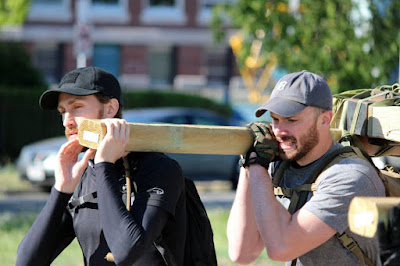 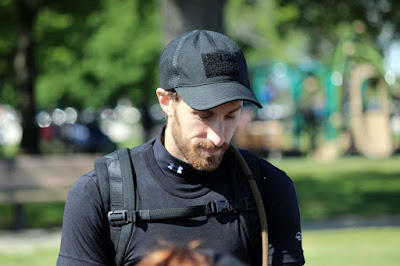 The cadre kept it fun the whole time, and I'm really glad I came out for both of these events! 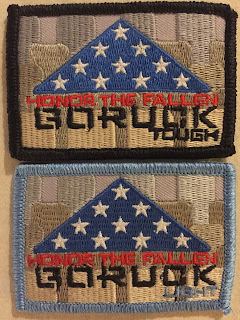 Posted by Jonathan Klein at 6:12 PM No comments: