November 19th was my birthday, and it also marked the end of the third year of my push-up challenge.  For the last year my goal was to average 125 push-ups per day, and I finished 20 push-ups ahead of that goal, with a running total of 100,445 push-ups. As was the case in 2013, I spent most of the year slightly behind my goal, and then caught up at the end to finish ahead (which is a recurring annual goal of mine). Full spreadsheet here.

I went through a number of different workout patterns during the year, including the one that enabled me to complete 100 consecutive push-ups. Towards the end of the year I was back to doing push-ups throughout the day, which worked out fairly well. Doing hard workouts every other day improved strength, but if I missed a day it meant that I got significantly behind my goal rapidly.

Crossing the 100,000 push-up barrier was a relief, and it's starting to feel like I'm making real progress towards my goal. I did some math, and realized that if I can average 150 push-ups for the rest of the challenge I can finish 5 years early - so complete 1,000,000 push-ups in 20 years total. That sounds nice, so I've decided to make my goal for the next year to average 150 push-ups a day.

The other thing that will guide my training this year is the work I'm doing to prepare for GORUCK events. The GORUCK Heavy (which I am doing in August) includes a PT test where the goal is to complete 55 push-ups in 2 minutes. My current record for push-ups in 2 minutes is 81, so I'm in good shape, but I want to make sure that I can crush this while being graded, while tired, and while in a calorically depleted state.

Push-ups are definitely part of my routine now, and as a result they have become pretty easy for me to do. Unfortunately I've noticed that my back is significantly weaker than I would like, and I've been battling some issues that I think are related to focusing so much on pushing exercises without complementing them with pulling ones. This year I'm going to focus more on the three core back exercises as well - deadlifts, inverted rows, and pull ups. One of my fitness goals is to complete 20 consecutive strict pull-ups, and I plan on completing that goal in 2015.
Posted by Jonathan Klein at 9:46 AM No comments:

Email ThisBlogThis!Share to TwitterShare to FacebookShare to Pinterest
Labels: push-ups

This is an After Action Review (AAR) of the 2014 Halloween GORUCK Challenge in Boston, MA

This event was the hardest physical challenge that I've ever undertaken by a wide margin. First, the stats:

Having completed a GORUCK Light a few months prior, I figured this would be harder but not substantially different. I couldn't have been more wrong. The Challenge made the Light look like a backyard BBQ. I trained hard, following the GORUCK "Get Ready in 6 Weeks" plan religiously, and adding on top of that extra pushups (to stay on target for my goal), Taekwondo, and Ultimate Frisbee. Even with all of that the event was extremely difficult.

Every Challenge is a little bit different, but typically they open with a "Welcome Party", where you spend a couple hours doing calisthenics as a team. The worst part of the welcome party for me was the buddy bear crawls. Here's an example from another GRC class. Unfortunately for us, about one third of the crawl was over hard, pebbled ground which tore up my back a little bit and was pretty uncomfortable overall.

For some of these activities we had a "time hack", which is just a time limit for a given task. We had three of these during our welcome party, and missed all of them. There are consequences for missing time hacks, and for us three missed time hacks meant 1/3rd casualties for our first movement. This meant that 1/3rd of the people at the event had to be carried to the next objective. To spread the load out a little we had the people being carried give their rucks to the people who were not carrying anyone, which meant that every person either had another human on their back or two rucks.

This first movement ended up being about three quarters of a mile, and we had a time hack we had to make. Luckily we were able to hit it, so upon reaching our destination we were able to revive four people and continue on with only four casualties. At this point we also spent some time in the Charles River, getting reminded that the Challenge is a team event. 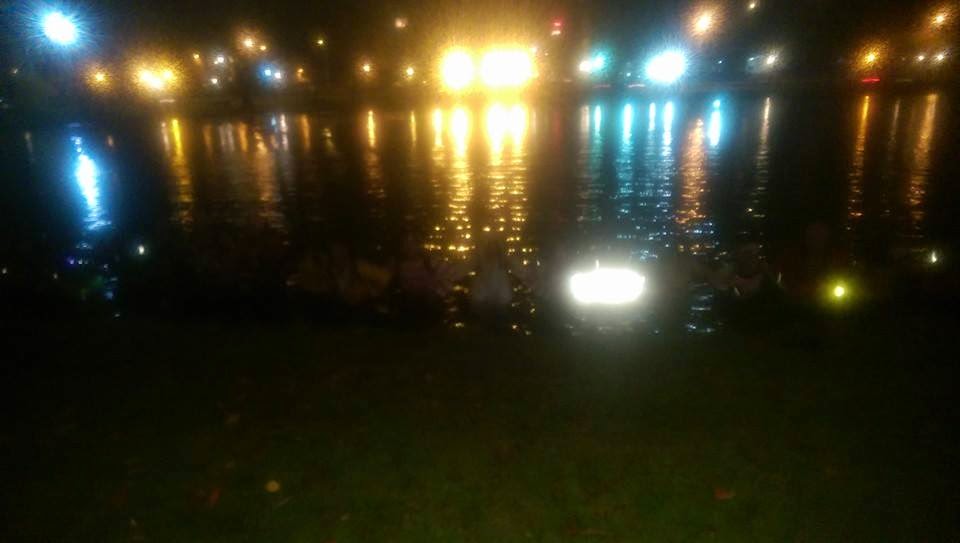 After that we began a series of movements around Boston, typically with four casualties. This went on for a few hours, with one short section where we were able to drop all of the casualties and move under our own power as we tried to get out of a slightly hairy situation with a lot of drunk people who looked like they wanted to start a fight. I was carried during one of these legs, and I have to say that I prefer being on the ground. Riding on someone's back is uncomfortable, you feel useless, and you get cold quickly.

At some point in the early morning (I think around 2AM) we started carrying a couple of relatively small logs that we found on the side of the road. We still had a couple casualties at this point, so it wasn't easy, but it was pretty manageable. Unfortunately, after a few minutes we stopped to exchange the two smaller logs for "The Log". I'm suspicious that this might have been planted by a previous class or Cadre, because it was conveniently located along our route and unbelievably heavy. It was over 20 inches in diameter at the small end, 12-14 feet long, and by some credible estimates at least 2000 pounds. I honestly thought that the Cadre was kidding when he told us to pick it up. He was not kidding.

Due to its large diameter and relatively short length, we could only fit 13 people under the log. Because of height inconsistencies we had a limited number of people that could even be effective under that log, so those of us who carried it didn't really get to swap out. I honestly don't remember if people were trading off at all, but I know that I was under that thing for the full time that we had it with us. We handed off our rucks to the other team members to save space, and put the log on our shoulders for about 50 meters at a time before we had to take a break. Because we wanted to put as many people as possible under the log, there was only enough space to step forward about six inches at a time. We shuffled along like this for 2-3 hours, and carried that log over 1.5 miles. People were puking at points, I think some tears were shed, and everyone was pushing themselves as hard as they could.

This was the defining moment of the class for me, because it accomplished one of the key goals of the GORUCK Challenge - showing you that you can accomplish something that you previously thought was impossible with the help of a team. If you had asked me how far I thought we could carry that log, I might have said 100-200 meters. A mile and a half later I knew that we could carry that thing until the Cadre told us to stop, however long that took.

More Logs and The End

Once we finally dropped the massive log we traded it for two smaller logs, each between 400-600 pounds, with one being slightly larger. This was clearly a favorable trade, but wasn't easy by any stretch of the imagination. These logs came with us for the next 2.2 miles, at which point we dropped one of them, and took the other one an additional 2 miles. We finally got rid of that last log near the Harvard Bridge a little after 10AM. Our final movement took us from there to the finish point, which ended up being Dillon's Restaurant for some much needed food and ACRT. Everyone received their patch, and we got a chance to chat more informally with the Cadre and each other.

Saturday after the event I was pretty worthless, basically only able to clean my gear, shower, and go to sleep. On Sunday I could walk again but every part of my body was more sore than it has ever been. By Monday I was back to about 80%, still sore but almost entirely functional.

A funny thing happened to me after this event: on Saturday and Sunday I was in so much pain that I questioned why I ever wanted to do this kind of thing in the first place, and had a hard time imagining doing it again. By Monday evening, as I started to feel better, I found myself back on the GORUCK website, looking for the next event and thinking about tackling a Heavy.

At times the event was miserable, but it was also a ton of fun. Misery loves company, and I couldn't have asked for a better group to share this with. I met a lot of incredible people and incredible athletes, and I hope to see many of them again at future events. We earned that patch on Halloween night, and I can't wait to earn the next one. 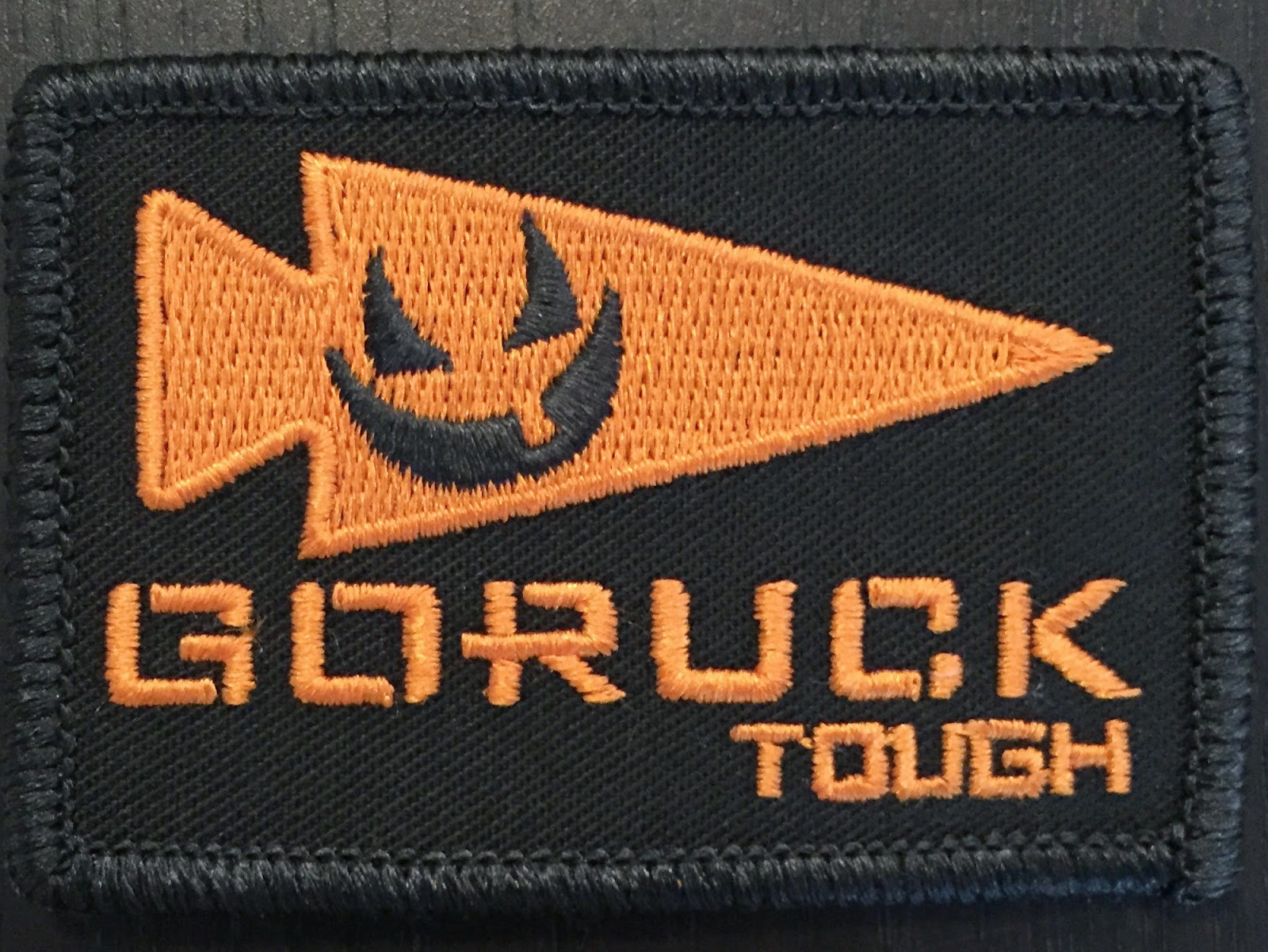 Posted by Jonathan Klein at 9:00 AM No comments:

Welcome! The purpose of this blog is to be a place where I can talk about my fitness goals/challenges without boring people who read my main blog for the technical content. What you can expect from posts here:
You can also find my current list of fitness and event goals here. Subscribe, leave some comments, and let me know if you are in the Boston area and are looking for a training partner.

What's Up With the Name?

When I started doing GORUCK events people frequently asked me some variant of "why would you want to stay up all night carrying rocks around for a patch?". There are a lot of ways to answer this, but I think the simplest is that I want to learn how I behave in difficult situations. I want to find events that are hard enough that I question my ability to finish them. I've done my share of obstacle races and road races, and I've never gotten to the point where I considered voluntarily withdrawing from the event. GORUCK offers at least one event (Selection) where everyone will consider quitting at some point.  I plan on working my way up to that event, unless I discover that either my mind or my body isn't up to the task.