On April 10th and 11th I completed my first GORUCK Challenge and Light back-to-back. This ended up being an 11+ hour, 16+ mile event followed by a ~5 hour break and then a 5+ hour, 7+ mile event. In general these events were similar to others that I have posted about, so I'm going to provide a short summary of each and then write a bit about tackling two events in a row.

Overall this event was slightly shorter than my first Challenge, but it was by no means easy. The mechanics were familiar - run up the hill, run down the hill, do some PT, carry some heavy things. Rinse and repeat: 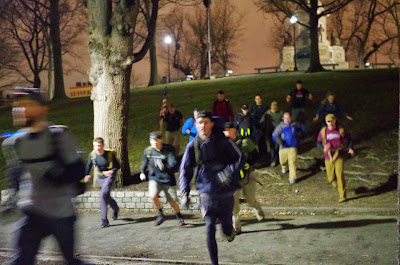 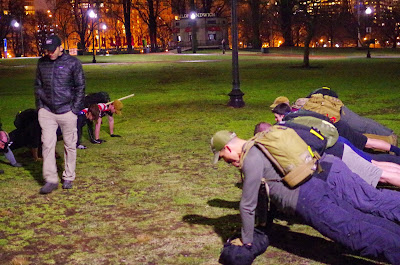 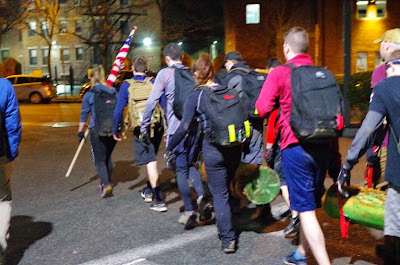 The team came together extremely quickly, and everyone put out the entire time. The Cadre's only complaint was that we could have moved a little more quickly, but otherwise everyone really gelled and everyone finished.

I faced my own demons at around 3am, when my left IT band flared up and started causing a lot of pain on every step. ITBS is something that I've dealt with quite a bit in the past, but historically it has always been on my right side. Having it crop up on the left during this event was an unpleasant surprise, and made the last 5+ hours of the event a bit of a grind. I was very happy when it finished, but knew that I had to come back for another event in a few hours. 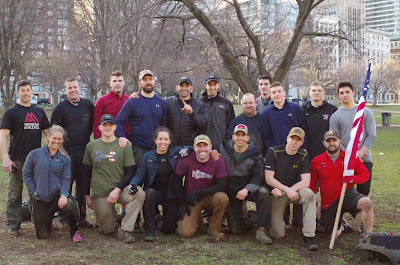 Given that I had 5+ hours of rest time between the Challenge and the Light, I decided to go home, shower, eat, sleep, take Aleve, and change out some of my gear. This was a nice break, but made it extremely hard to go back out for the Light. When I rolled out of bed at around 12:30pm I felt completely awful. I was barely walking, could hardly put a coherent sentence together, and seriously considered skipping the Light. My wife Steph encouraging me to stay home and sleep was not particularly helpful either (just kidding, you were great Steph! Just never do that again ;-)).

Once I got moving things started to loosen up a bit, and I was able to get out the door and back to Boston Common.

This was clearly the most difficult of the three lights that I've done, mainly because we only had 10 people and had to bring the larger of the two logs from the Challenge with us the entire time. It would be easy to say "of course it was harder, you had just done a Challenge", but I think it was objectively the most weight per person that I've seen during a Light.

That said, the sun was shining, the weather was great, and there were a few other people from the Challenge class who came back to share in the suffering for another 5 hours. My IT Band was still bothering me quite a bit at this point, so I just focused on moving forward one step at a time, bending my knee as little as possible on the left side, and trying to continue contributing to the team as much as everyone else. Finally the event ended, and it was time to get patched and head home for some much needed R&R. 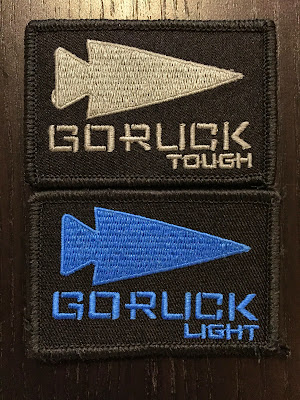 I assumed that doing two events back-to-back would be pretty difficult, but the real challenge was working through my unexpected IT Band issues. Without that problem I think I would have breezed through these events without feeling too terrible. Still, I learned an important lesson about how much pain I can push through, and I feel like these events helped prepare me mentally for the Heavy I'm doing in August. I've got another Challenge/Light combo in May, a Challenge in June, and then I'll be spending ~6 weeks training hard for the longest event of my life. Completing these two events was encouraging, but I still feel like I have a long way to go before I'm ready to thrive at, and not just survive, a 24 hour event.

Posted by Jonathan Klein at 10:55 PM No comments: